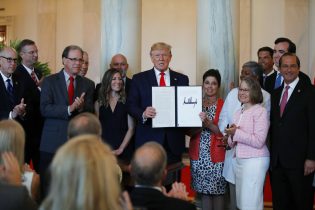 House lawmakers from both sides of the aisle are working to improve Medicare Part D amid the rising cost of prescription medication.

Representatives Doris Matsui and Brett Guthrie reportedly hashed out ideas during an event Tuesday. While Democrats like Matsui favor expanding the federal government’s power to bring down prices, Republican lawmakers are looking to enable competition.

Despite their differences, GOP Representative Guthrie said he is optimistic about the bipartisan effort and offered suggestions to reduce costs for Americans. He said he hopes to hammer out a deal to be signed by the president by fall.

This comes as President Trump moves to cut the increasing costs of health care and bring transparency to the health care system. Earlier this week, the president signed an executive order requiring hospitals and insurance providers to make prices public as well as provide estimates for out-of-pocket costs. 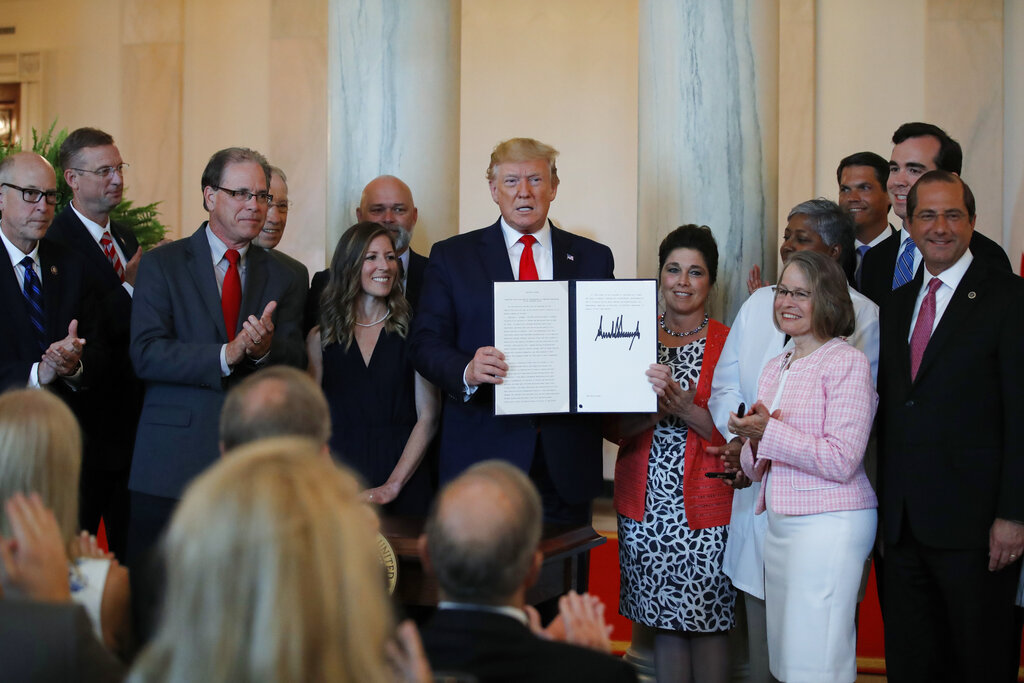 President Donald Trump holds up an executive order during a signing ceremony that calls for upfront disclosure by hospitals of actual prices for common tests and procedures to keep costs down, at the White House in Washington, Monday, June 24, 2019. (AP Photo/Carolyn Kaster)

“We’re making new affordable health options available to millions of American workers through the association health plans, short-term plans, and health reimbursement arrangements,”stated President Trump. “We’re working with Congress to stop surprise medical billing…because no American should be blindsided by bills for medical service they never agreed to in advance. ”

Prices have not been readily available to consumers, and list prices often vary between hospitals and insurance providers even within the same region.

Proponents of the measure say the greater transparency will allow patients to shop around, which could drive competition and lower prices in the long run.