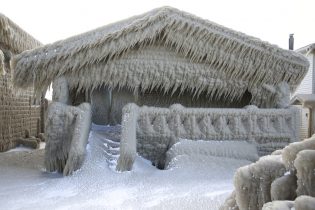 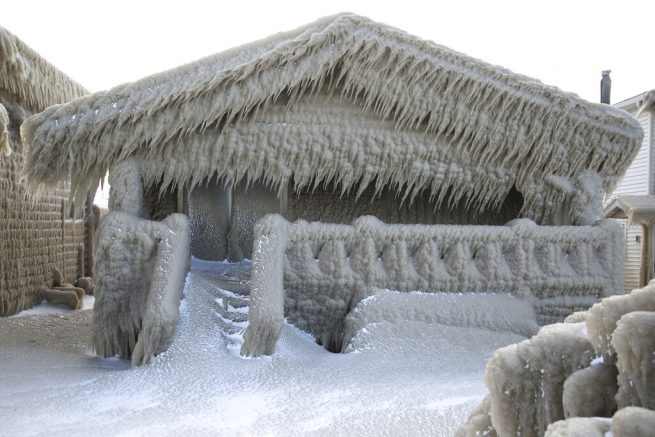 Houses along Hoover Beach is covered by ice from high winds and from the waves from Lake Erie, Saturday, Feb. 29, 2020, in Hamburg N.Y. (AP Photo/Jeffrey T. Barnes)

An intense snow storm has left a blanket of white over much of the Northeastern United States, spanning nearly 500 miles from Michigan to Canada. A number of warnings, watches and advisories have been issued and are expected to continue through Saturday.

Significant snow totals are being reported downstream of Great Lakes Ontario and Erie. Lake Effect Snows are lighter today, and will continue to decrease in intensity and areal coverage through tonight. https://t.co/nt3K8cvEZs

As a result, those living in New York and the Great Lakes area have been forced to cancel their plans for the weekend.

“I looked out my window and there was snow covering the windows, so I couldn’t even see out here,” said one resident.

The storm was caused by what’s called ‘lake-effect snow.’ This type of storm occurs when cold air travels over substantially warmer lakes, forming clouds and eventually snow. High speed winds across the Great Lakes created nearly 10-foot waves, which immediately froze when they hit the shores. 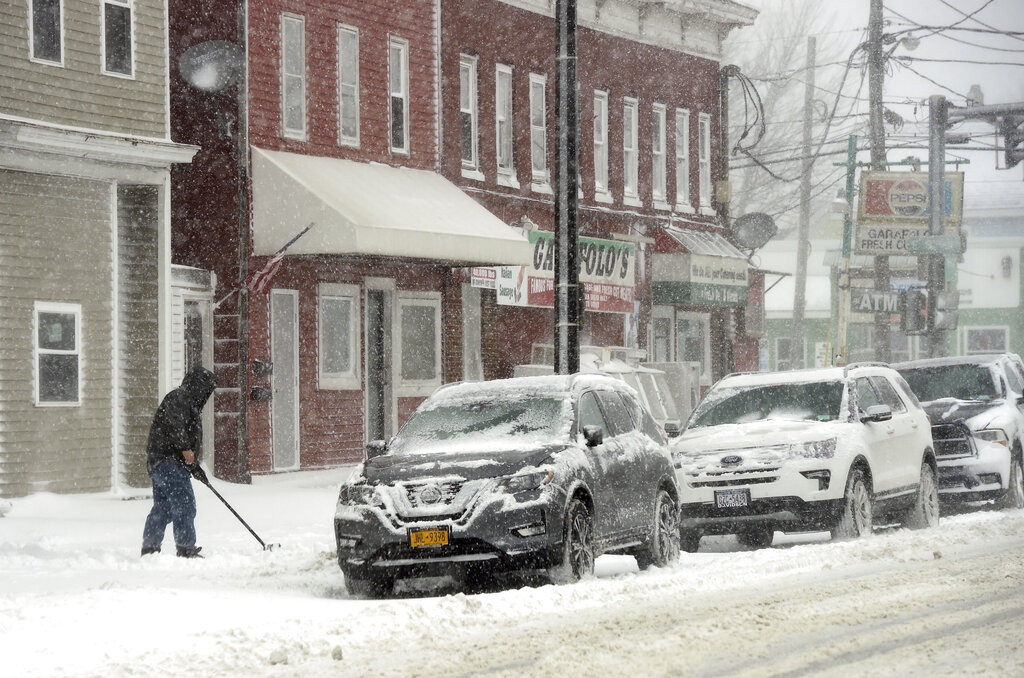 In this Thursday, Feb. 27, 2020 photo, a man clears a sidewalk in Oswego, N.Y., at the start of a winter storm expected to bring several feet of snow to the area east of Lake Ontario. (Lauren Long/The Post-Standard via AP)

Carthage reported the largest amount of snowfall so far with drifts reaching 40 inches.

“Snow’s heavy, when the wind dies down it’s not bad,” stated one New York resident. “But when the wind comes up, you got to watch where you throw the snow or it comes right back on you.”

Officials have sent plows to affected areas in an attempt to clear snow from roadways and residential streets. High winds and up to 11 inches of additional snowfall are reportedly possible in the most persistent snowfall areas.

Authorities have urged extreme caution while traveling, due to the severe weather conditions.