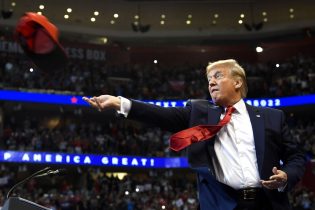 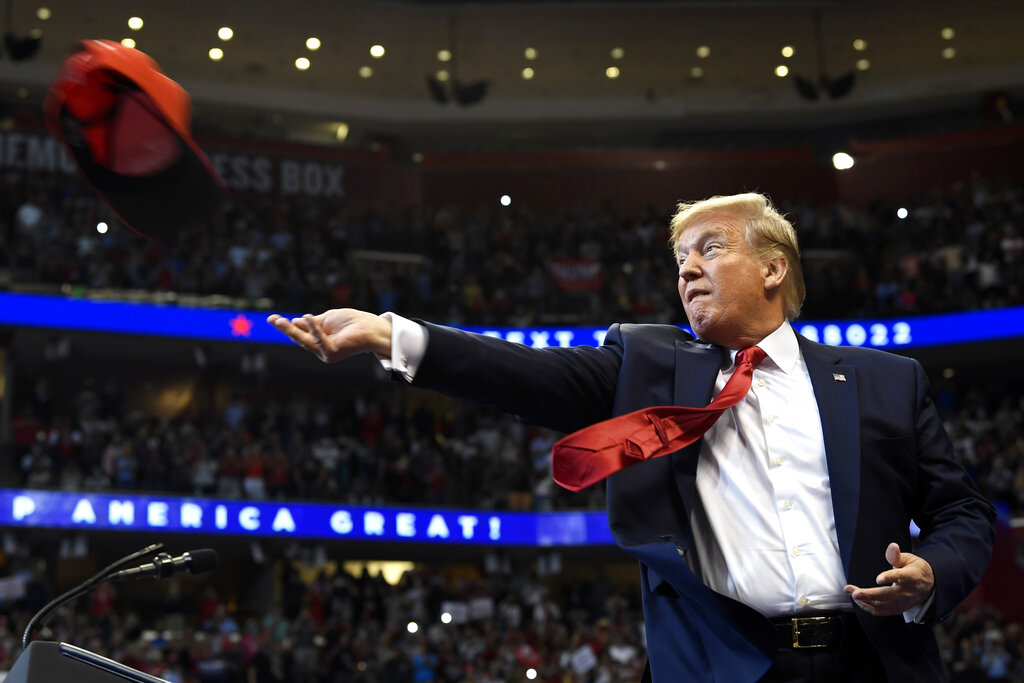 President Donald Trump throws a hat as he arrives to speak at a campaign rally in Sunrise, Fla., Tuesday, Nov. 26, 2019. Trump will join the rest of his family and spend the Thanksgiving holiday at his Mar-a-Lago estate. (AP Photo/Susan Walsh)

A Majority (53%) of Republicans think Donald Trump was a better President than Abraham Lincoln. pic.twitter.com/CrsiYeLUdJ

Researchers surveyed 1,500 American adults of all political affiliations earlier this week, including Democrats, Independents and Republicans.

Some speculated the poll was fueled by comments from President Trump, who compared himself to Lincoln in the past.

“With the exception of the late, great Abraham Lincoln, I can be more presidential than any president that has ever held this office,” stated the president. 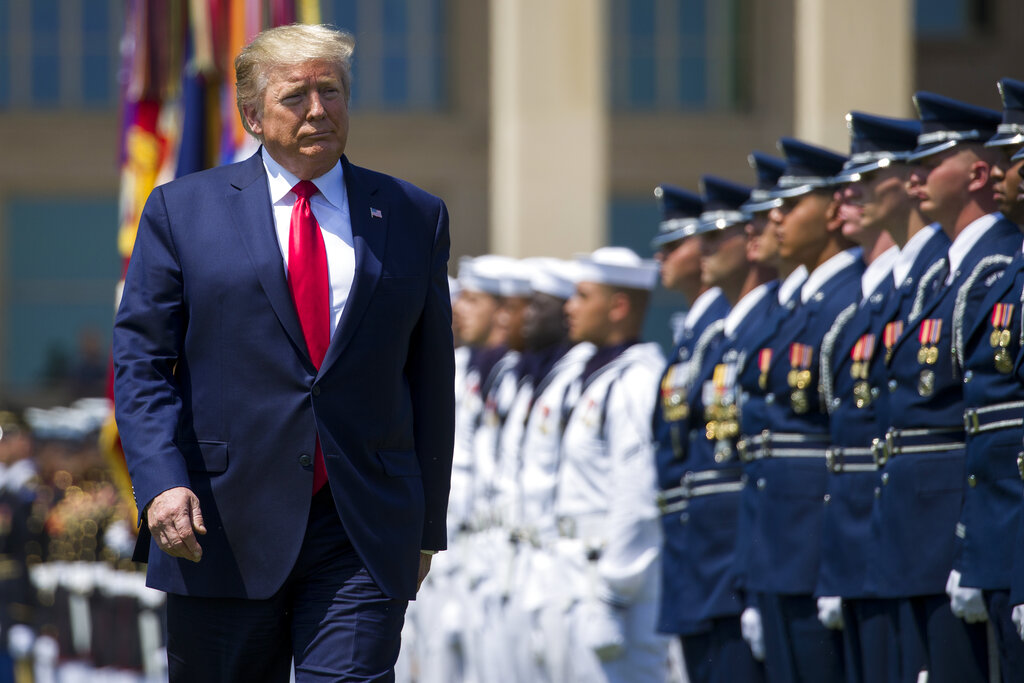 FILE – In this July 25, 2019, file photo, President Donald Trump reviews the troops during a full honors welcoming ceremony for Secretary of Defense Mark Esper at the Pentagon in Washington. (AP Photo/Alex Brandon, File)

The poll was taken just after the second round of impeachment hearings concluded. Some argued it shows how little the probe and mainstream media have affected the nation’s perception of President Trump.