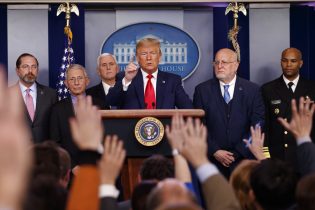 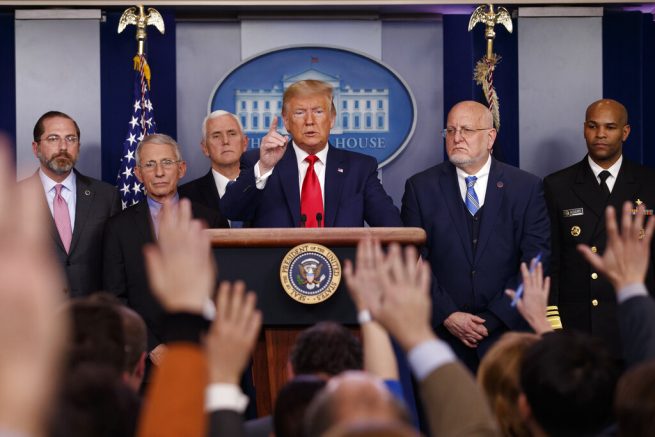 President Donald Trump, center, points as he prepares to answer question after speaking about the coronavirus in the press briefing room at the White House, Saturday, Feb. 29, 2020, in Washington. (AP Photo/Carolyn Kaster)

President Trump delivered remarks on the coronavirus outbreak following the first U.S. death in Washington state. During Saturday’s press conference at the White House, he said the U.S. has taken “aggressive” action to combat the deadly virus.

He added the U.S. has had the least amount of cases out of all affected countries.

President Trump also confirmed that the first U.S. victim of the coronavirus was a high risk patient in their late 50s.

He went on to give an update on other American patients, who he claimed are recovering or near full recovery. He suggested more cases are likely, but reaffirmed the U.S. is working to fight the spread in several ways.

“Additional cases in the United States are likely, but healthy individuals should be able to fully recover,” stated the president. “We think that will be a statement that we can make with great surety now that we’ve gotten familiar with this problem.” 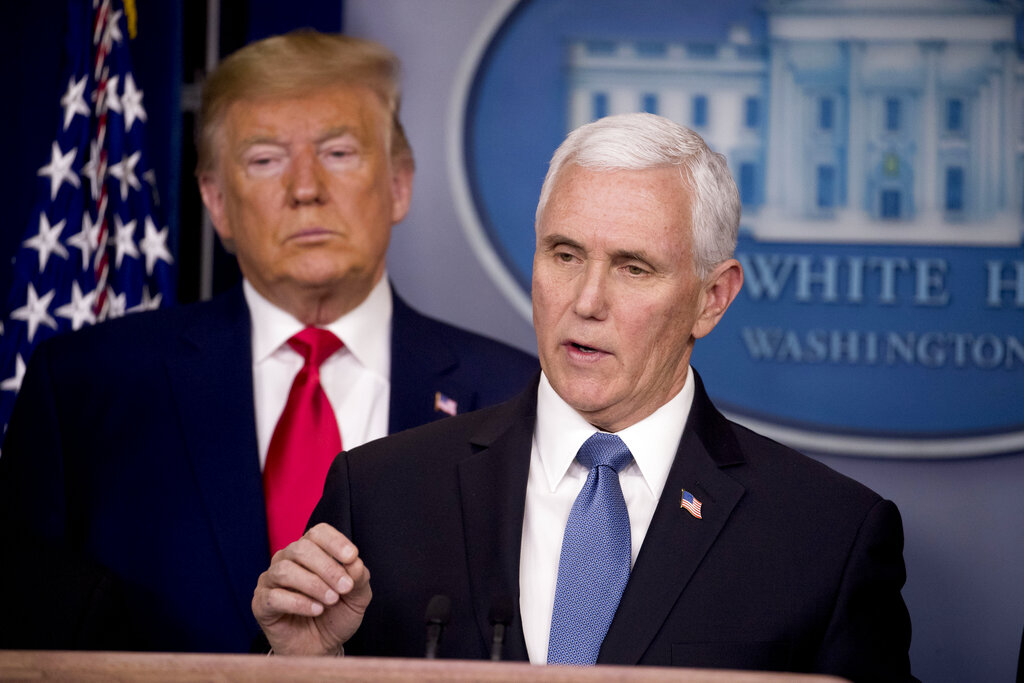 Vice President Mike Pence accompanied by President Donald Trump, speaks about the coronavirus during a news conference in the press briefing room at the White House, Saturday, Feb. 29, 2020, in Washington. (AP Photo/Andrew Harnik)

In the meantime, President Trump has authorized the State Department to increase the travel advisory to Level 4, which will discourage Americans from travelling to specific regions within Italy and South Korea.

“We are urging Americans to not travel to the areas in Italy and South Korea that are most affected by the coronavirus. The president’s also directed the State Department to work with our allies in Italy and in South Korea to coordinate a medical screening in their countries of any individuals that are coming in to the United States of America. We look forward to working with them in a collaborative and a cooperative way.” – Mike Pence, 48th U.S. Vice President

During the press conference, the vice president also announced the administration is expanding the existing travel order on Iran to include any foreign nationals who have visited the country in the last two weeks.

President @realDonaldTrump has expanded travel restrictions on Iran. He has also upgraded travel advisories to Level 4, urging Americans to not travel to areas in Italy and South Korea most affected by the coronavirus. pic.twitter.com/0u7KSvBtKM

He added the average American doesn’t need to go out and buy a mask, but said the country has more than 40 million available. Health and Human Services Secretary Alex Azar reiterated the risk to the average American from coronavirus remains low, but suggested that could change rapidly. 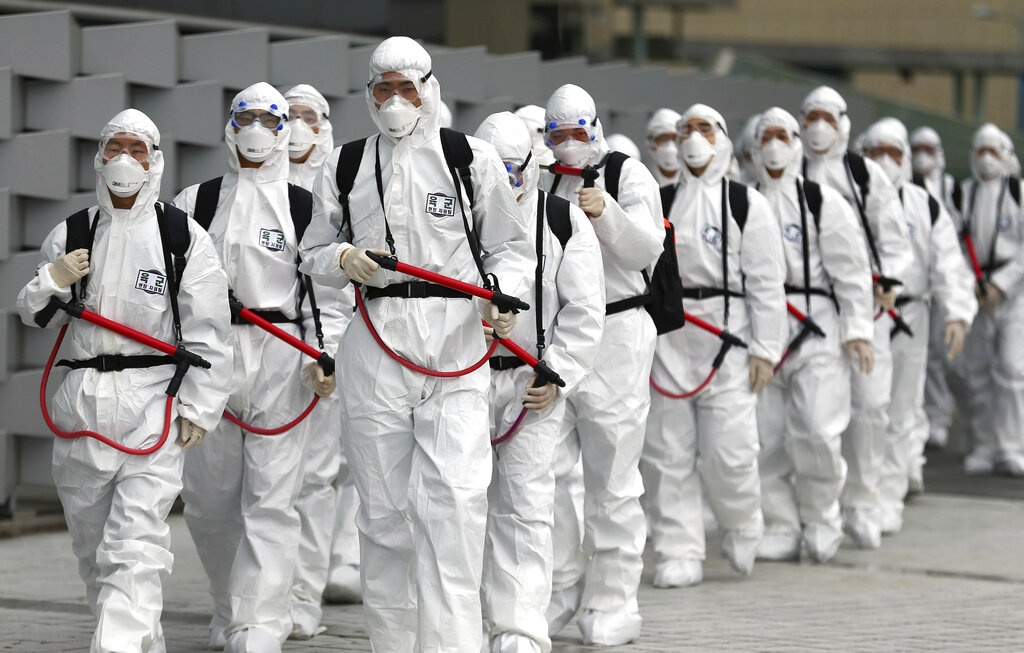 The Trump administration is also looking for ways to address the negative effects of the coronavirus on the stock market. According to recent reports, officials have held preliminary conversations over how to respond to the outbreak.

Among the options being considered, officials may pursue a targeted tax cut package. Officials also reportedly discussed whether the White House should lean on the Federal Reserve to cut interest rates.

As of now, no decisions have been reached and officials noted conversations remain extremely fluid.