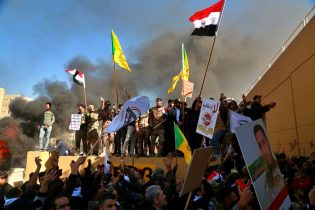 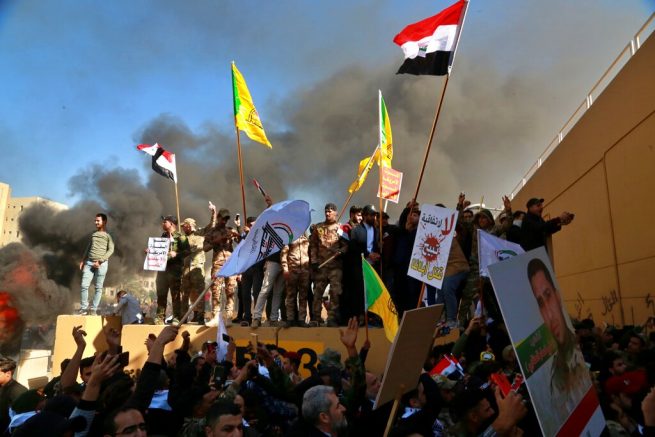 President Trump has condemned Iran over an attack on the U.S. Embassy in Iraq. He took to Twitter Tuesday, saying Iran will be held “fully responsible” for orchestrating the aggression. The president also said Iran’s deadly assault on an American contractor led the U.S. to respond with airstrikes on Iranian-backed Hezbollah over the weekend.

Iran killed an American contractor, wounding many. We strongly responded, and always will. Now Iran is orchestrating an attack on the U.S. Embassy in Iraq. They will be held fully responsible. In addition, we expect Iraq to use its forces to protect the Embassy, and so notified!

Sen. Marco Rubio (R-Fla.) also sounded off on the storm of Iraqi militants in Baghdad. The Florida lawmaker said Iran is responsible and should be held accountable.

This comes after dozens of Iraqi’s successfully broke through the windows of the compound and lit the building on fire. Multiple U.S. diplomats and troops have reportedly been evacuated. The violence follows U.S. retaliatory airstrikes on Sunday, which killed at least 25 Iranian-backed forces.

Meanwhile, Secretary of State Mike Pompeo spoke with Iraq’s prime minister and president about the attacks happening in the capital of the Middle Eastern nation. In a statement Tuesday, a State Department spokeswoman Morgan Ortagus said Pompeo made clear the U.S. will defend it’s people who are there to support a sovereign and independent Iraq.

According to the statement, both Prime Minister Abdil Abdul-Mahdi and President Barham Salih assured Pompeo they would guarantee the safety of U.S. personnel and property.