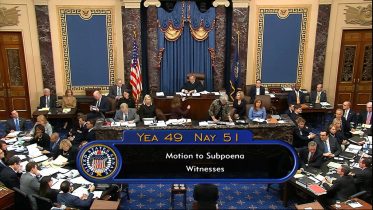 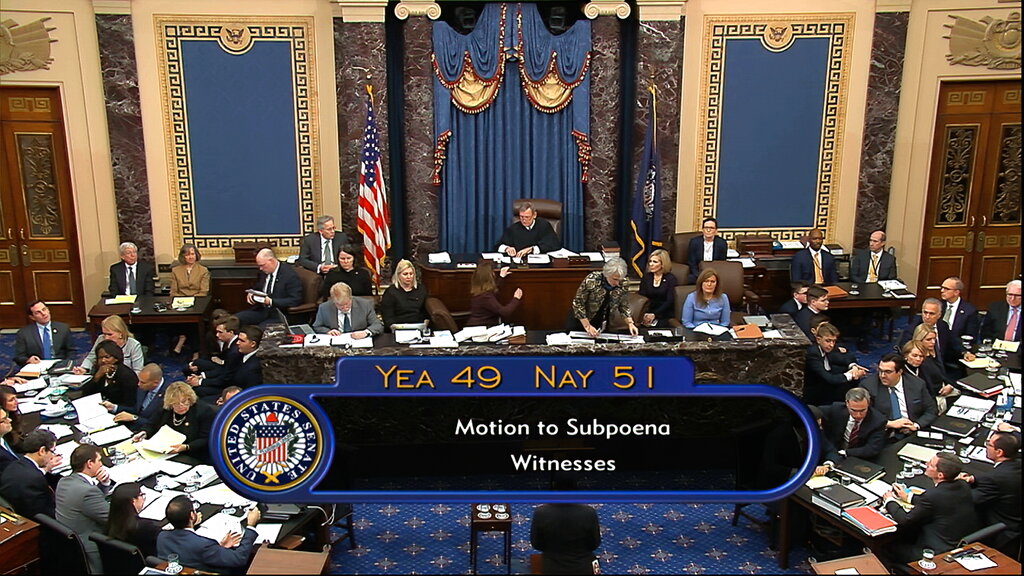 In this image from video, the final vote total on the motion to subpoena and allow additional witnesses and documents, during the impeachment trial against President Donald Trump in the Senate at the U.S. Capitol in Washington, Friday, Jan. 31, 2020. The motion failed by a vote of 51-49. (Senate Television via AP)

The Senate has moved to block additional witnesses and documents in the impeachment trial. Senators voted 51-to-49 on Thursday afternoon, shutting down any attempts to introduce more evidence in the case.

Full Senate vote on the motion to subpoena witnesses. The motion failed in a 49-51 vote.

Senators Lisa Murkowski and Lamar Alexander, among a few others, were considered key swing votes in deciding if the trial would be prolonged.

Senate Majority Leader Mitch McConnell previously predicted the outcome of the vote and has since weighed in with a new statement. 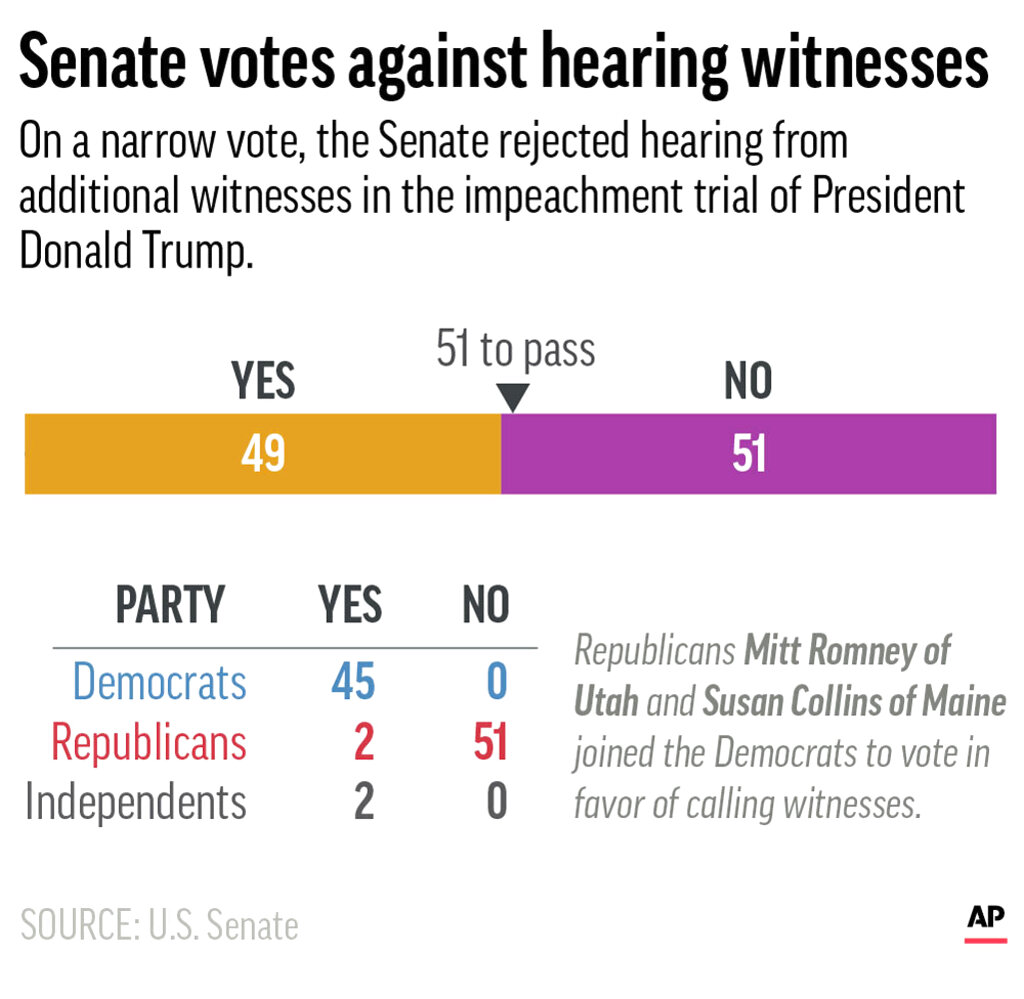 Tally for vote to subpoena witnesses in the Senate impeachment trial of President Donald Trump.

“There is no need for the Senate to re-open the investigation, which the House Democratic majority chose to conclude and which the Managers themselves continue to describe as ‘overwhelming’ and ‘beyond any doubt.’ Never in Senate history has this body paused an impeachment trial to pursue additional witnesses with unresolved questions of executive privilege that would require protracted litigation. We have no interest in establishing such a new precedent, particularly for individuals whom the House expressly chose not to pursue.” – Mitch McConnell, U.S. Senator

The upper chamber is now in its very final stages of the trial. A vote on the two articles of impeachment is expected next week.

Republicans have signaled they want to get the trial over with as quickly as possible and added it’s very likely senators will vote to acquit President Trump. 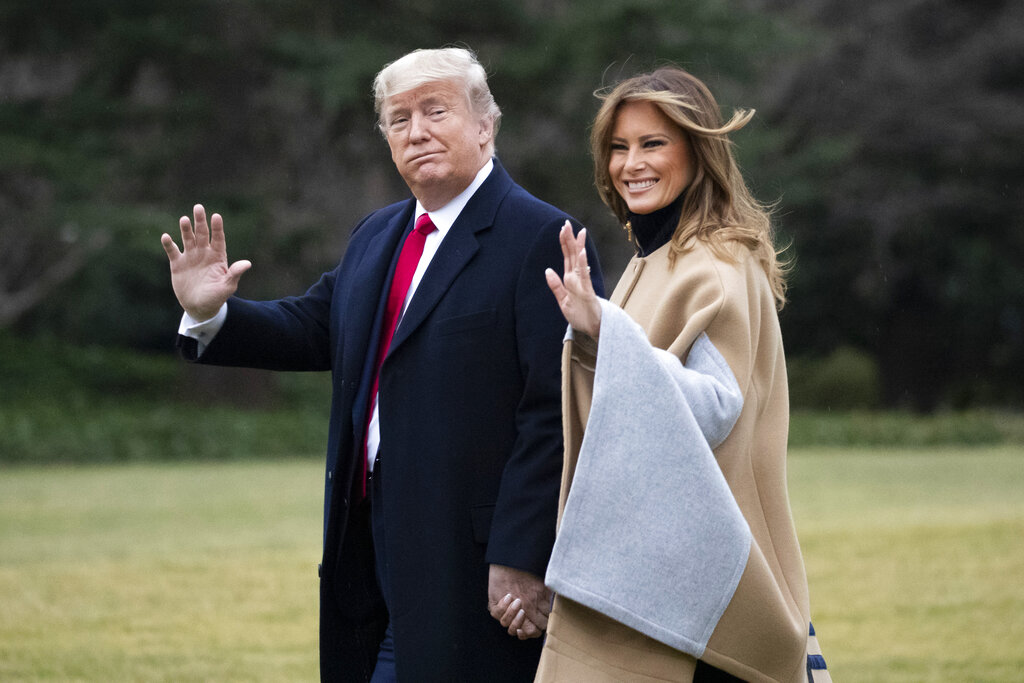 President Donald Trump, accompanied by first lady Melania Trump, waves as they walk on the South Lawn as they depart the White House, Friday, Jan. 31, 2020, in Washington. Trump is en route to his Mar-a-Lago resort in Palm Beach, Fla. (AP Photo/Alex Brandon)

Following the vote, the president reacted to the news on Twitter.

He added, “No matter what you give to the Democrats, in the end, they will never be satisfied.”

He earlier stated that they were “scamming America.”

The Radical Left, Do Nothing Democrats keep chanting “fairness”, when they put on the most unfair Witch Hunt in the history of the U.S. Congress. They had 17 Witnesses, we were allowed ZERO, and no lawyers. They didn’t do their job, had no case. The Dems are scamming America!

Democrats reacted to vote by condemning the move as a “grand tragedy.”

“America will remember this day, unfortunately, where the Senate did not live up to its responsibilities, turned away from truth and went along with a sham trial,” stated Senate Minority Leader Chuck Schumer. “If the president is acquitted with no witnesses, no documents, the acquittal will have no value, because Americans will know that this trial was not a real trial.”

.@SenSchumer “To not allow… no witnesses, no documents, in an impeachment trial is a perfidy. It’s a grand tragedy. One of the worst tragedies that the Senate has overcome. America will remember this day unfortunately.” pic.twitter.com/MtmpyTCGut

Trump admin. rolls back Obama-era restrictions on U.S. military use of land mines