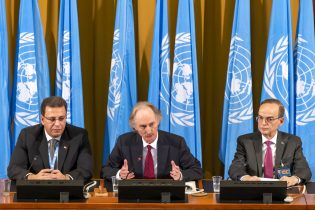 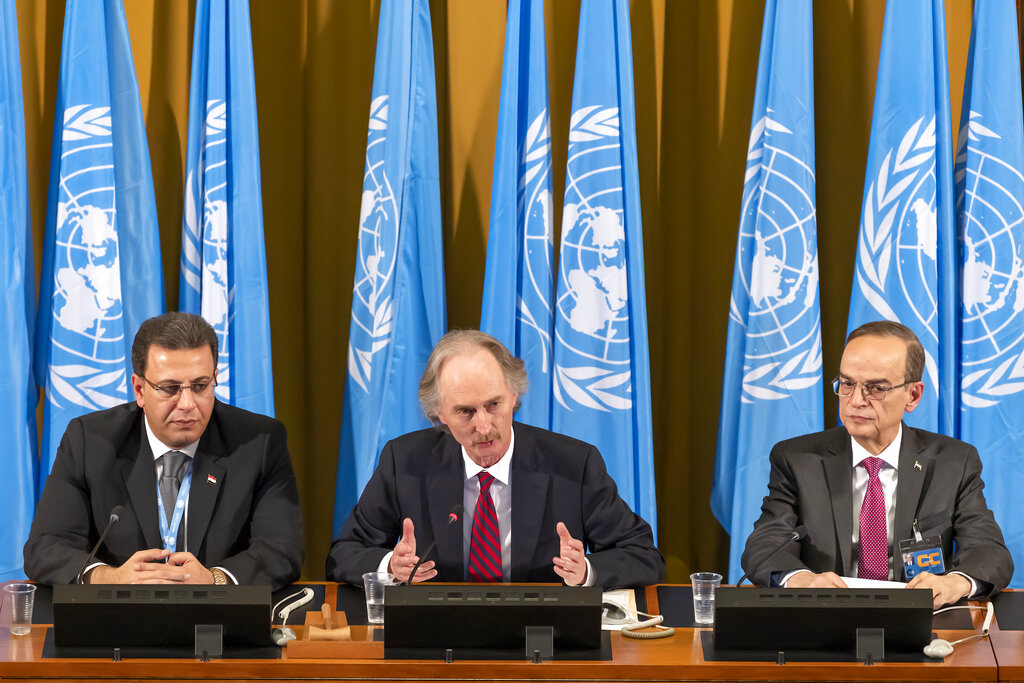 The Syrian Constitutional Committee is gathering in Geneva for the second day of negotiations. More than 150 delegates arrived on Thursday, including UN officials, members of the Assad government and representatives of the Syrian opposition.

All sides agreed that Syria’s constitution must change to better represent all ethnic and religious groups in Damascus. The envoys also discussed granting greater autonomy to Kurdish areas and other parts of Syria. 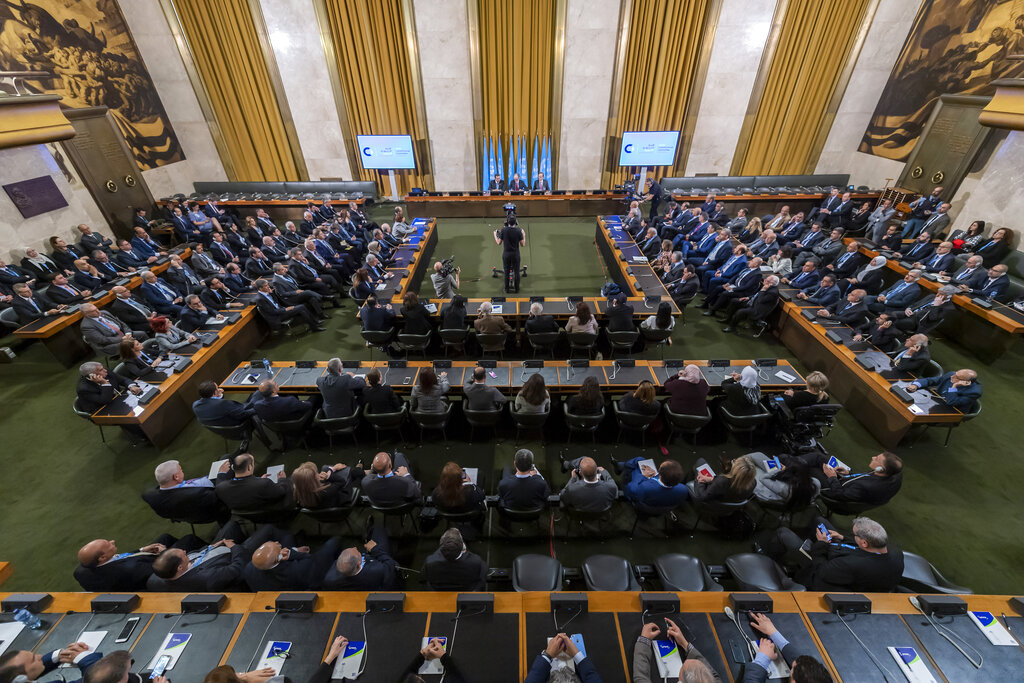 General view of the conference room for the first meeting of the Syrian Constitutional Committee at the European headquarters of the United Nations in Geneva, Switzerland, Wednesday, October 30, 2019. (Martial Trezzini/Keystone via AP)

The commission is reportedly seeking consensus wherever possible and plans to make decisions by a 75 percent majority. The committee’s co-chairman emphasized that the success of the negotiations depends on “a strong will and clear determination.”

“This can only succeed…by working hard to preserve the unity, sovereignty and independence of our country,” stated Ahmad Kuzbari.

He went on to say that the “rights of our people” are at stake as well as the “resilience and strength of our state.”

Officials from all sides are saying the new constitution will end the eight year civil war ravaging the country.